Being Safe from Fire Offshore: New Hazards and Challenges we Face 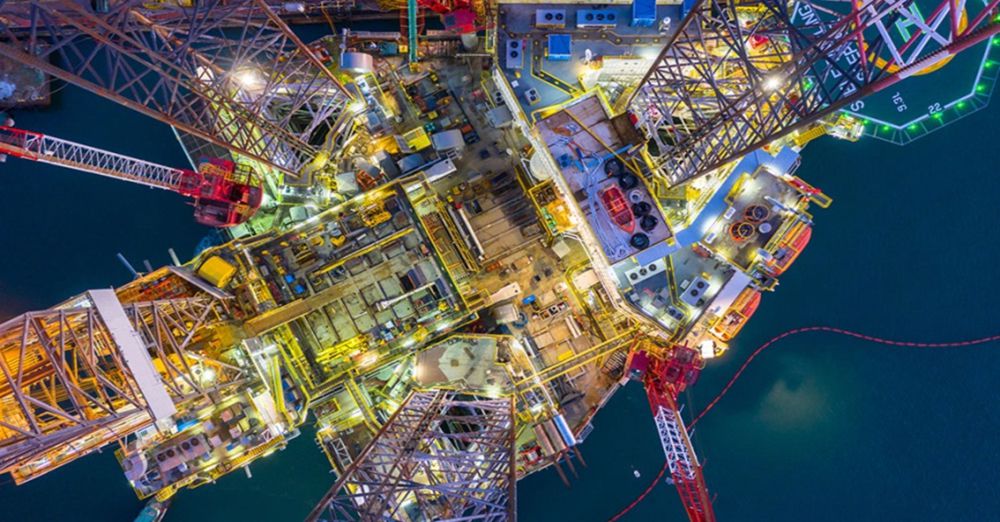 Offshore oil and gas fire safety has improved considerably since the days of the Piper Alpha disaster. However, fire safety faces new challenges today, such as an ageing infrastructure, slow introduction of new technologies and the increased use of mobile phones. Tyco Fire & Integrated Solutions’ Shaun Liddle gives the low-down on the issues facing offshore fire safety.

Tragedies such as Piper Alpha and Deepwater Horizon have shown the offshore oil and gas industry the devastation fire can wreak on an offshore rig and serve as a constant reminder of the importance of having fully trained staff and maintaining fully functioning fire safety systems to detect and stop fires.

The standard fire system found today on an offshore rig is known as a fire water system. The system comprises of a sea water fire pump and a network of pipes around the platform, some of which are continuously pressurised and some of which are open. In the event of a fire, the detection system will operate a valve or series of valves to allow water to flow through the system to the fire and provide cooling and fire suppression through a network of pipes and nozzles. 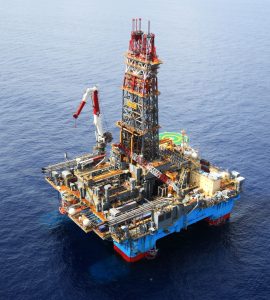 Shaun Liddle, offshore and onshore deluge technical support worker at Tyco Fire & Integrated Solutions, which has been providing fire safety systems for 120 years, is responsible for verifying the operability, functionality and the reliability of these fixed offshore fire suppression systems. It is a mandatory requirement that all duty holders of an offshore oil and gas rig must provide evidence of their safety systems’ functionality.

Liddle, who says he works for the “majority” of oil and gas companies, speaks about the challenges he and his team face testing these vital fire safety systems, as well as wider offshore fire safety issues, such as the dangers of the current ageing offshore infrastructure, logistics and maintenance challenges and mobile phones emerging as a new fire hazard.

Heidi Vella: What are the main challenges you encounter in your work?

Shaun Liddle: The largest daily problem we encounter is obtaining actual bed-space for our specialist technicians to get on-board the installation. Bedding and the lack of available beds for specialist vendors remains a constant battle between the whole asset and all the vendors trying to deliver their goods to market. All beds are allocated and free beds are very rare to find. Every platform has bedding issues. The whole industry faces this issue, mainly due to asset age and the amount of upgrade and maintenance work ongoing.

Preventing the next Deepwater Horizon

Reducing the risk of fire hazard is an integral but challenging part of designing and engineering an offshore oil and gas rig.

The fire and gas detection system is made up of a number of detection devices: smoke detectors, heat detectors, flame detectors and gas detectors. These detection parts are electrically linked together to send signals when in alarm. They are also linked into what is known as a voting system and one out of three will go into alarm, any two out of three will signal what is known as executive actions to commence process shut down. With this information, when performance testing, any deluge system has certain prerequisite controls and interfaces that are required to prevent any executive actions being implemented to reduce the risk of any unplanned business loss to the customer. It can take some time to ensure everything is aligned, checked and double-checked prior to any testing of the systems.

All of the above has the added factor of an ageing infrastructure and the complications the age of equipment can hinder or in some cases stop work before it has begun. 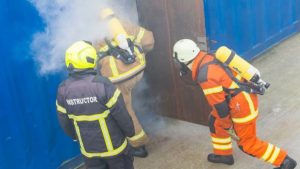 HV: Would you say newer rigs being built around the world tend to be safer?

SL: New oil rigs and floating production, storage and offloading (FSPO) and jack ups are being built now in the Far East, Korea, Singapore and China.

Some are built as floating vessels and some as fixed platforms, so the standards they are being built to vary upon class. They also vary dependent upon specific operator requirements. All are designed to operate safely but we do see a significant variation in the quality and materials used. In some cases we see recycled and reconditioned equipment from old assets.

We also see the need for retrofit and modifications as the new assets are put in place to suit local safety conditions. This can sometimes get overlooked in the design phase and as the local operators put the equipment to work they do a full assessment of safety systems and compliance with local standards and requirements, and if required sometimes need to upgrade to comply.

“New technologies brought to the marketplace have improved safety but in regards to a physical presence offshore there has been a very small introduction due to costs.”

HV: How do you go about designing fire water systems for an offshore oil and gas rig?

SL: You would decide what the risk in that area is and then you decide how much fire water you are going to apply per square metre to that individual piece of equipment or to the floor. There is also a standard for the spacing of any distribution nozzle protecting a piece of equipment or any nozzle that is called ‘general area coverage’ you need to lay down a certain density per square metre per minute.

HV: What would you say is the biggest cause of fire on offshore rigs?

SL: The biggest risk of fire is any spark potential, in my opinion. Other works can increase risk, such as naked flame works. The risk of fire is heightened significantly if a gas release is incurred. Any gas release requires an ignition source. There are controls and barriers put in place to prevent a release actually finding an ignition source, such as an open electrical box or loose wires that may be live.

The new risk, in my opinion, is mobile phones offshore. With increased provision of Wi-Fi there is a higher user rate within the offshore community keeping contact with home via a mobile device which leads to the device finding its way outside on to the process plant. This is a large risk, as mobile phones are not intrinsically rated and if dropped the battery can potentially cause a spark. In short, no one would fill their car up in the petrol station while using their phone, however offshore that risk is not taken as seriously as it should be.

HV: How has fire safety offshore changed over the last 10 years?

SL: The industry has now identified it has officially entered the ageing infrastructure category as set out by regulators. The number of new start-up businesses has increased significantly in the deliverables sector/supply chain. New technologies brought to the marketplace have improved safety but in regards to a physical presence offshore there has been a very small introduction due to costs. The new innovative technology is out there in the marketplace. There are items that require approvals to be recognised while others do not. The ageing condition of fixed equipment is showing an increase in failures of equipment.

HV: What key things can offshore workers do to prevent a potential fire hazard?

SL: Have a correct permit to work, understand what the fire safety equipment does and how to work that equipment, as well as report any production leaks and maintain a clean worksite.

Above all, complete a risk assessment for the planned work scope and understand all the potential risks associated with the work and then adhere to all the controls to ensure a safe work site. Try to stop the job before circumstances change. All personnel onboard should be made aware of the potential outcome of fire offshore. An attitude of ‘it has never happened here’ is simply not good enough. If we look at our history then it explains quite graphically what could happen if we have a fire offshore and it gets out of control.

HV: Which equipment would you say is most vital to saving lives in the event of a fire?

SL: The installation fire pumps and the fixed deluge systems, the fire water systems and all their associated parts. Without a doubt these [are the most important], combined with ‘blow down operations’ and the emergency shutdown valves – these close on signal to stop any further flammable liquids returning to the top side infrastructure and maintaining or fuelling a fire. With a number of actions being implemented simultaneously on the installation, the intensity of any fire can be reduced by removing any part of the fire triangle.

If the fire pump is out of operation then there is no way of supplying pressurised fire water to any part of the installation.

If the deluge systems are not working and the fire pump is healthy then we can have water but cannot distribute it. If we fail to cool the area then the increased risk of heat and fire spreading to other adjacent areas increases the risk.

HV: What have events in history such as Deepwater Horizon and Piper Alpha taught us about fire safety on offshore oil and gas rigs?

SL: There was a common theme that linked both of these events; the health of the fire pump and associated systems were paramount in the initial minutes of fire detection. We [the industry] changed with the Lord Cullen report; however, have we changed enough is what I ask when offshore. Behavioural maintenance is a key factor in my business. We have to evolve to do things better than we did; however, are we doing it differently? This is questionable given the actual health of some systems in the field. Lord Cullen gave us the elements to ensure the offshore population remained as safe as possible by informing the industry to do things better, such as deluge systems, ESD [emergency shutdown] valves, fire and gas detection. We all adopted his recommendation and we adopted maintenance as part of that; however, we find ourselves in the ageing infrastructure phase of the industry therefore challenges still remain. 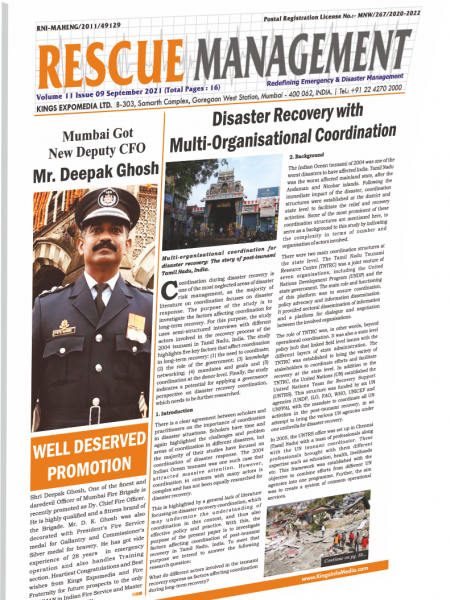 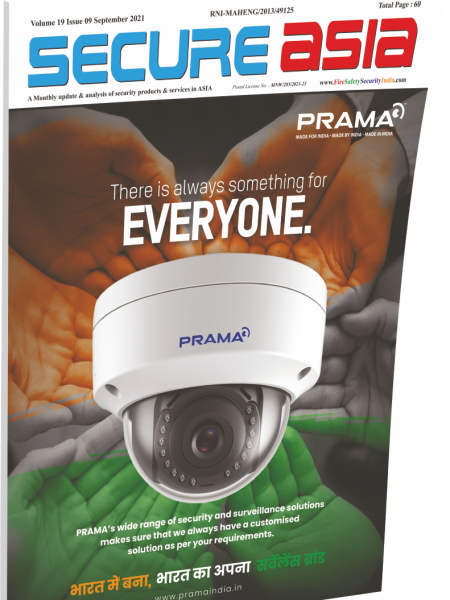 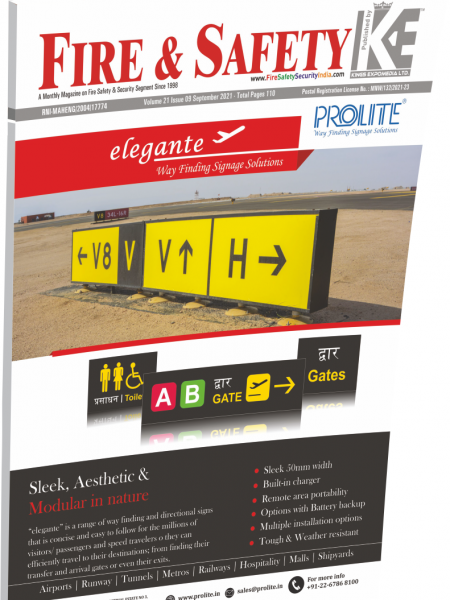 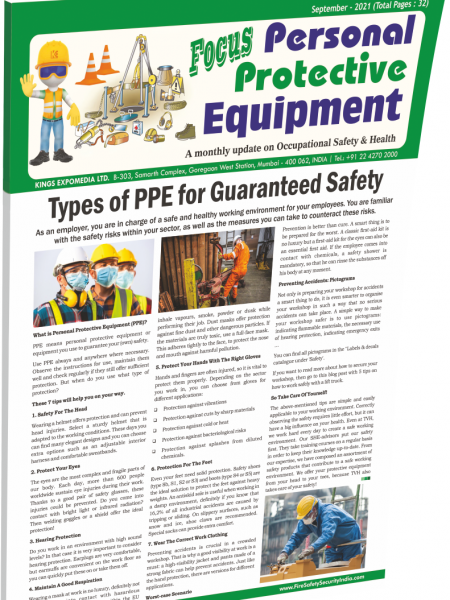 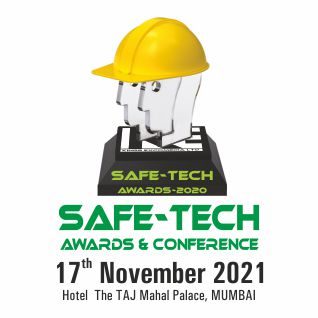 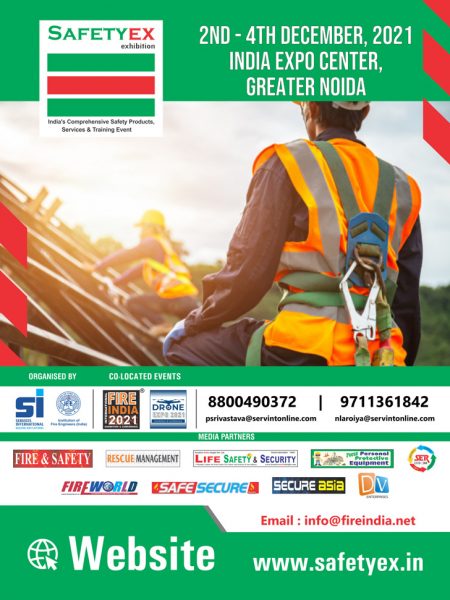 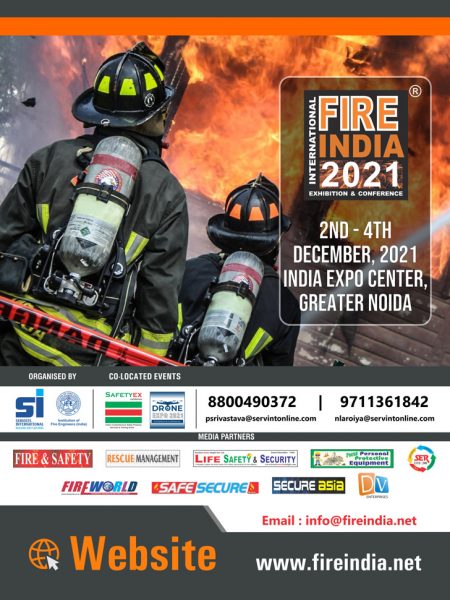 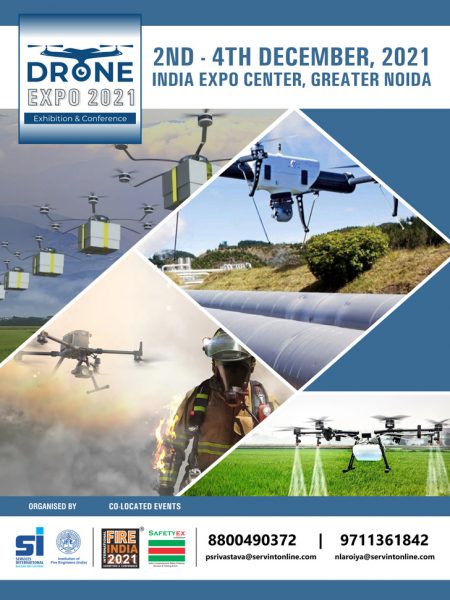 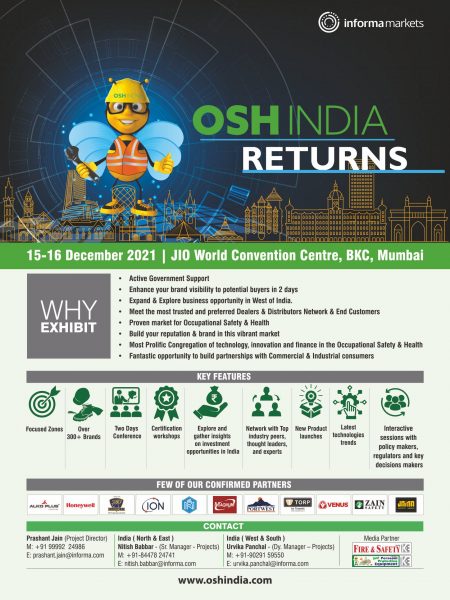 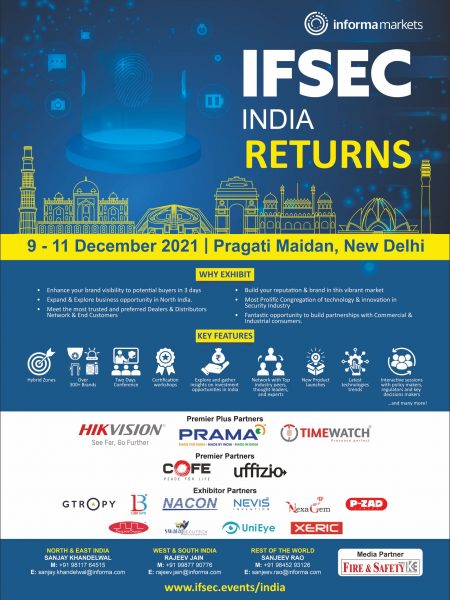