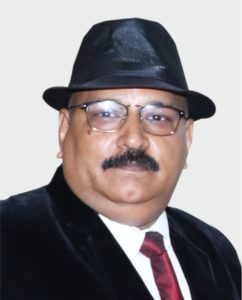 *Safe India Hero Plus* Awards Surat – yet another feather added in King’s Crown, total 283 attendees includes Fire HOD’s, Safety Professionals from nearby Industries, Fire Officers & Fire Safety Consultants from all over region had graced the Show. We congratulate to all 61 winners from Fire Services and 33 from Industries. Thank you all the sponsors and Surat Fire & Emergency Services Many Thanks to Sh. Basant Pareek Chief Fire Officer – Surat for Full Fledged Support & Love

The fire risk is based on human behavior and on the determinants of a safe evacuation of occupants during a fire. Many fires in buildings have shown that the behavior of occupants is important for the survival of a building fire. The concept of fire risk can be defined as the probability of a fire causing a loss of life (or injury) and/or damage to property. Human behavior is defined as actions that people take, based on the perception of the situation, the intentions for actions and the considerations before the actions are carried out. Occupants are in the first stage of a fire primarily thrown on their own resources or on those of surrounding people. The behavior of people in the first stage of a fire is the most determining factor for survival. An additional significant factor is the availability of fire safety measures, for example fire extinguishers and accessible escape routes. The assistance of professional emergency services, such as rescue operations conducted by firefighters and emergency treatment by paramedics, can only be provided just after the first, and most important, period of a fire.  The most crucial aspect of a building’s safety in the face of fire is the possibility of safe escape. An important precondition is that its fire safety facilities enable independent and adequate fire response performances by the building’s occupants; it appears that the measures currently required by law do not always provide the support that people in burning buildings need. Consequently, understanding how individuals behave in the case of fire and fire evacuation is essential if we are to bring fire safety measures into line with occupants needs during an incident. Human Behaviour in a fire so far as building safety is concerned as an overview of the critical factors which determine occupants fire response performances, namely the characteristics of fire, human beings and buildings.  Therefore, the possibility of surviving a fire is determined on the fire response performance of people.

The most powerful weapon on earth is the human soul on fire.

After the Super successful event in Surat Gujarat Held Last Month Team “Fire & Safety” Monthly Publications Proudly  will go ahead with  –  Bharat Safety Yatra  a Zonal Series  of Safety Seminars along with “Safe India Hero Plus Awards” scheduled  for, 14th June @ Thane, Navi Mumbai and Panvel,  Jamnagar,  Ankleshwar, Ahmedabad,  Baddi / Shimla,    Bhopal   Solhapur,  Aurangabad,  Ratnagiri / Goa   as Pre Show for our SafeTech Awards & Conference which is Finalised for 26th August 2022 @ Hotel Taj Mahal Gateway of India Mumbai. All will be attended by 100 to 150 Safety officers, EHS Head, OSH & HR Personal of Different Giants / Factories / Fat Industries, work units along with Gracious Presence of DISH Authorities or Safety / Chief Safety Inspector   – will be given 2 to 3 subjective lectures focused on Different Industrial Safety Subjects with Case Studies Discussions. And most important it will be followed by our famous “Safe India Hero Plus Awards” in all cities for Local Fire Fighter of that respected Zones in this our Fire & Safety Publications Felicitate all the Fire Fighters / Officers from Govt bodies and Industries nearby.

We always look forward to grasp these magnificent opportunities participating, distributing and circulating our esteem magazines.

We heartily thank all our patrons for recognizing our endeavour and considering us as one of the noteworthy publications all through this years and still continuing……. 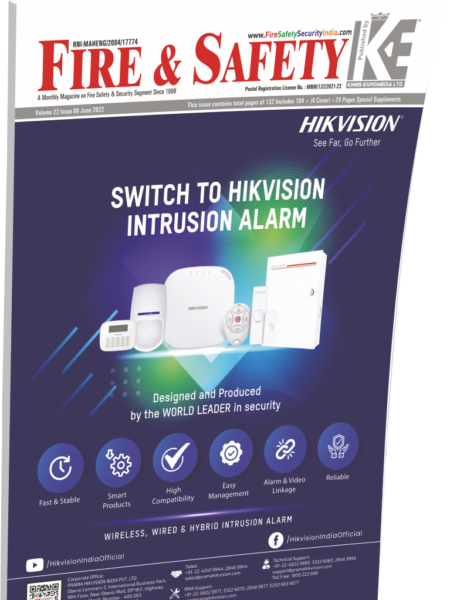 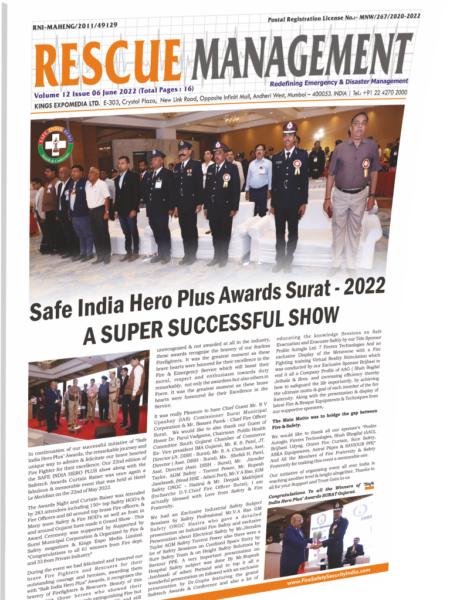 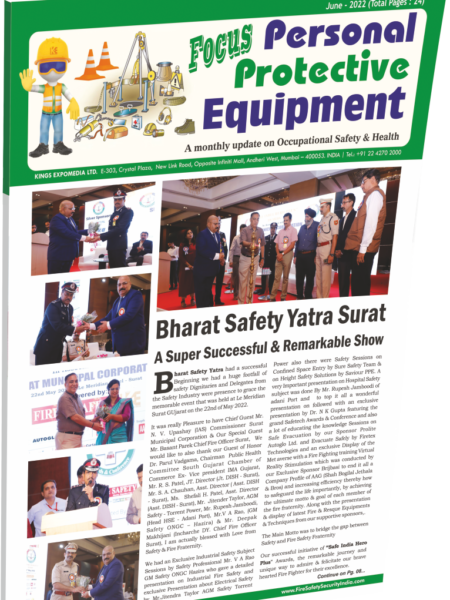 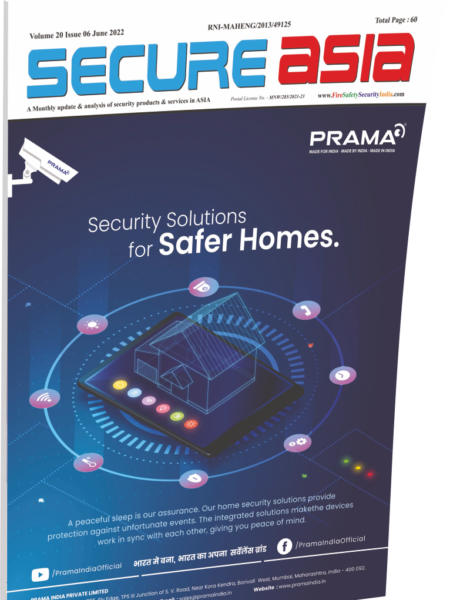 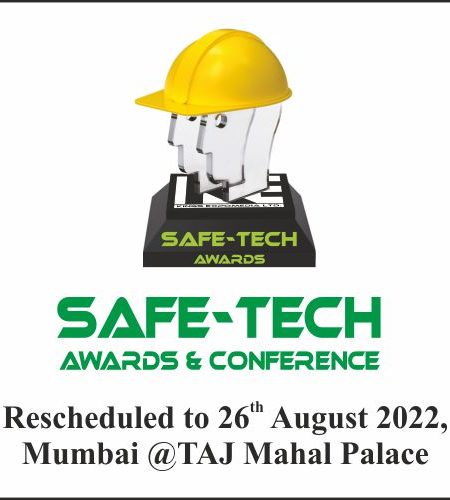 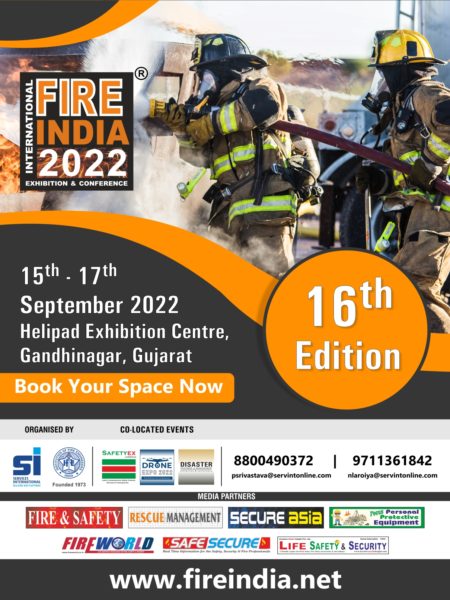 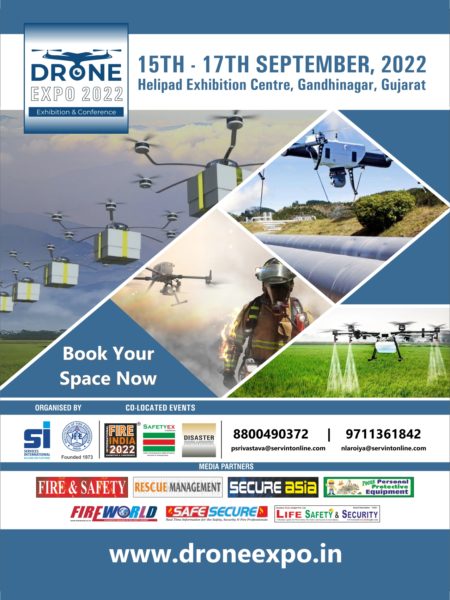 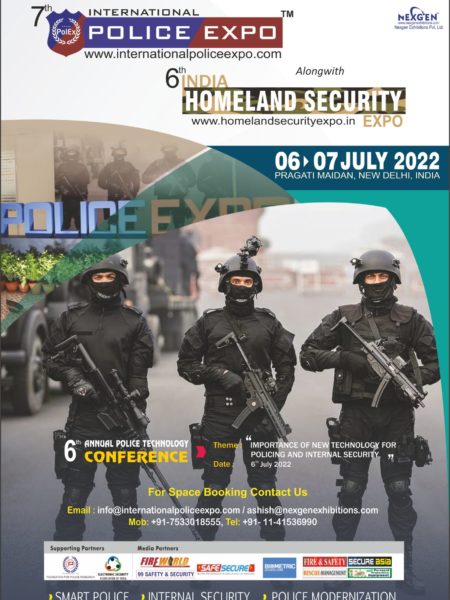 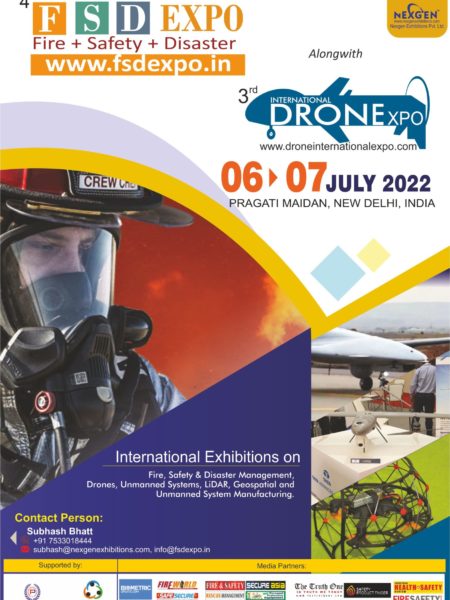 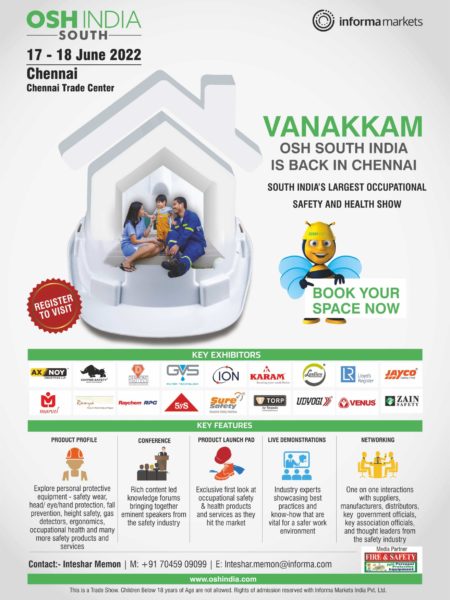 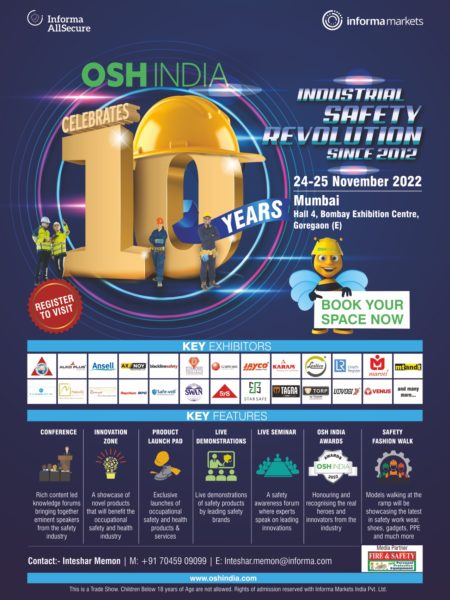 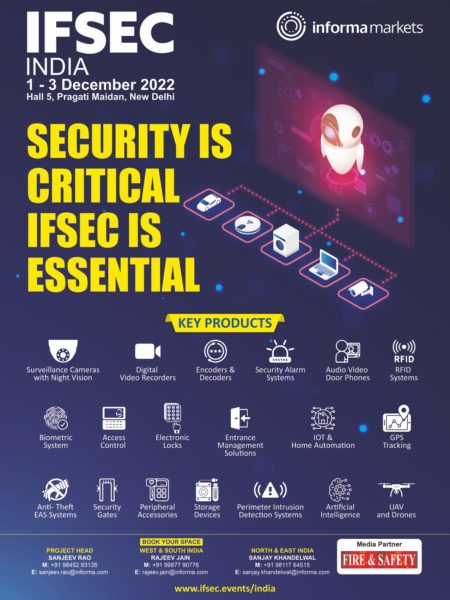 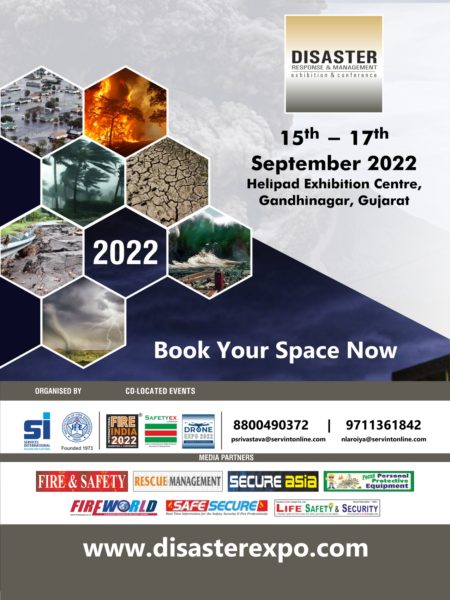 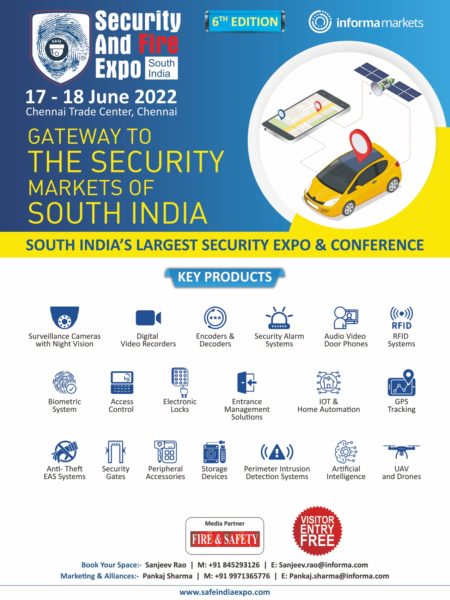